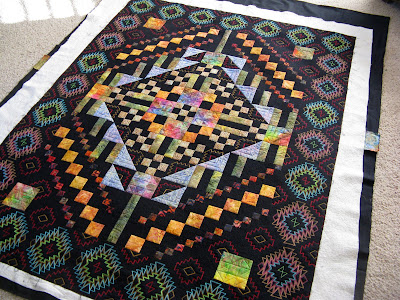 Okay, so Claudia made this awesome quilt. She told me that she called it her "Woo Woo Quilt" because her son saw it and asked her when she started making Indian quilts. That being said she asked me if I could do any kind of Indian Themed quilting. I had this idea pop in my head that said "Indian Rug" and I went for it. I had to research Indian Rugs and the designs on them. Taking several designs based on Navajo Indian Rugs I saw I came up with a template for the borders. The template is a three part template that I had to draw on before I put the quilt on the frames using a white chalk pencil. That took me a long time. 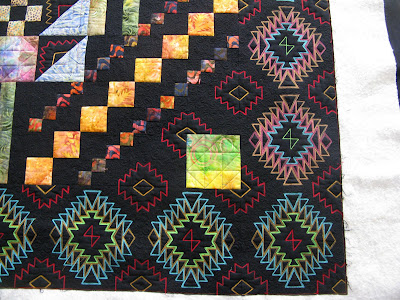 This is the template for the borders. Just so you know, the borders were completely plain black fabric. All the color you see is thread and lots of it. 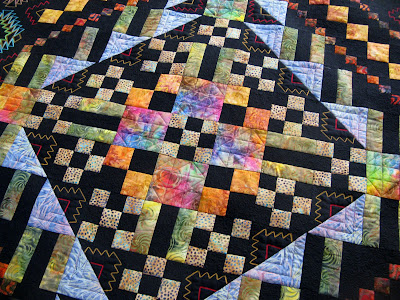 This is the center of the quilt. I filled in all the black areas with my swirl, and did a little quilting on the batiks. I had so much quilting in this quilt that I tried to balance it out by not quilting as much in the batiks. I also didn't want to take away from the colors of the batiks and the design they created. 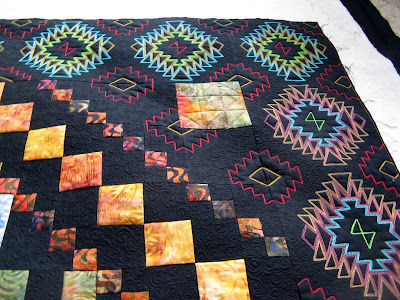 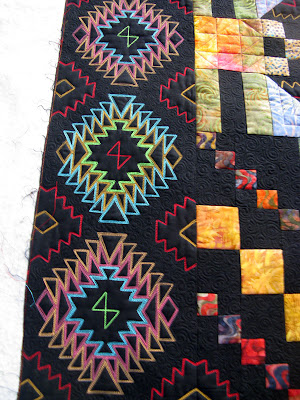 I had a lot of thread changing in this quilt. I tried to do all the quilting with one thread and move on to the next color to save time - I was able to do this because I basted everything down using the black thread first. That way I could move the quilt back and forth. 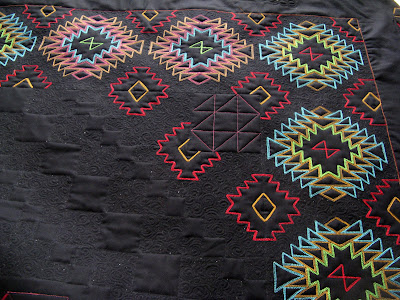