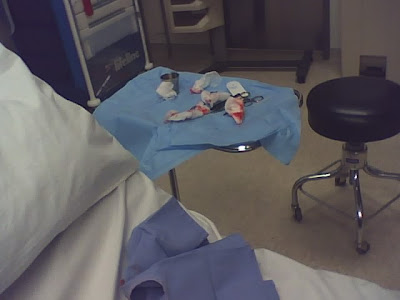 So, Micah decided to slam the door on Jonah's finger and nearly took off the tip of his finger. It was sliced all the way through the nail bed and the finger was barely attached in the back. Did I panic? Yes, and I am a little bit paranoid now. Two ER visit's for two different kids in 8 days is a little much for me. These kids are going to put me through the ringer. I don't know what I am going to do. So the picture above is the aftermath of stitches, five to be exact and this time Clint had to watch our other kids so I had to be brave and listen to Jonah scream the entire time, it was horrible. I love being a mom, but come on! I need some break in between these tragedies. 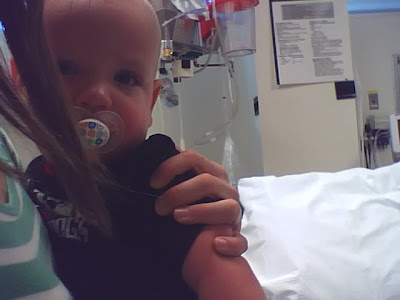 I just had my phone, so I got a couple pictures from that. Jonah was extra cuddly and let me just hold him. 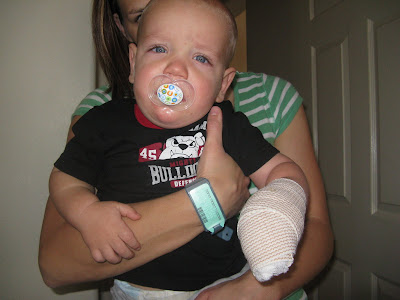 So, big ole bandage for a small little finger, let's hope he keeps this bandage on for two days they told me to leave it on. Two weeks we get the stitches out. He may end up having a funny finger nail, but at least he has his finger. To sum it up our boys are going to cost us a fortune and now all our money is going to go to the ER, so if you are feeling up to it go and check out our store and buy some stuff!
November 27, 2009 by Judi
Older Post / Newer Post